Includes 17 of Kenji’s Online Moon Activations, all recorded during 2016.
Approximately 17 hours in total

Recorded between July and December 2016, this package of studio-quality, edited online .mp3 activations will truly help to transform your life and let your inner light shine. Each meditation is approximately one hour in length. What’s more, Kenji’s recordings are evergreen, so they can be used forever with the same benefits.

The package includes the following activations:

In this 65-minute attunement, Kenji transmits the Divine Shakti, or Oneness vibrational that empowers you to overcoming challenges to achieve inner peace. He taught a new form of electro-magnetic grounding that brings your body’s still point into harmony and balance with the zero point field within the core of the Earth.

Come join me in meditation as we deeply reflect upon the patterns going on in our lives and how these unconscious imprints have affected us on a physical, emotional, mental and spiritual levels. We will tap into the energies of the lunar eclipse and full moon to assist us in this journey within.

Join Kenji as we use the power of the solar eclipse and new moon to map out our future potentials and possibilities. During this spontaneous transmission of the divine Shakti, we will explore future timelines of manifestation for your soul path and destiny.

This Activation on Transmuting Loss and Grief (from any point in your timeline) is nothing short of amazing and definitely ALCHEMY! If you want results that feel like a seemingly magical process has happened because you will feel a shift, this activation is it!

In this one-hour spontaneous transmission from the quantum, we’ll journey into the realms of our “need for perfection”, of being something we’re not. We’ll tap into hidden places in our conditioning where we bought the false belief that we’re not perfect and hence, we strive to be achieve a state of perfection

In this one hour high frequency experience, we will get in touch with our emotional body and the impressions and conditioning held within the dna which is holding the blame game, shame on me and I regret it kind of thing.

In this one hour activation, we will uncover the hidden unconscious beliefs and emotions that keep us tied up, stress out and limited to the cultural, religious and societal concepts that do not work anymore. We will bring into the light of understanding of how we can move forward with renewed vitality and energy into the next phase of our lives.

Kenji’s 11:11 Raising Consciousness activation invokes Prime Source to shower you with a rainbow waterfall of light to wash over you as you allow your subtle bodies to realign.  This flow from your I Am, The Lord God of your Being will soothe and cleanse your emotional body and harmonize and purify your systems.

In this one hour activation, we will bring forth a quantum understanding and comprehension of what it would be like to live in a world of love, peace, cooperation and balance. You will have an opportunity to begin to clear out all the old baggage, density and constriction of the old world in order to bring in the NEW, your future possibilities of your Soul.

In this one hour activational transmission, we will journey deep in the psyche and ancestral patterns to unlock and free up the frozen inner child so it can be free of it’s unconscious restraints. We will have the vibrational opportunity to release our addictive patterns into the light of compassion and understanding so our personality can become balanced and harmonized with the soul.

This 4-part series promises to be a very powerful quantum level application of the spiritual energies that are ready to come into your life. The benefits of this series can last for years to come, for we are in the midst of a profound transition period. You will have the knowing and knowledge to move beyond any obstacles in your life if you apply the teachings and do your daily homework. This series can serve as a guidebook for your journey Home.

In this one-hour activation, we will tap into the power of the 12th dimension as a reference point for future meditations. Our brain and body as a whole, has to get used to higher dimensional flows and activations, so little steps are necessary before we can take a bigger leap of faith into the unknown, the void, the deeper stillness of Being and Presence.

We will bring through an energetic teaching download from Yeshua and a healing upload from Mary in this one-hour enhanced frequency presentation. Be prepared for some deep changes and shifts in consciousness and body. The activation will be given according to your level of trust, acceptance and allowance.

We will journey together into those areas of unconscious resistance to change and self healing. We have an opportunity to bring forward from our shadow aspect those experiences that have been frozen in time so we can thaw them out and bring love to them. Healing then occurs. We will use the rays and color therapy as tools for your integration. 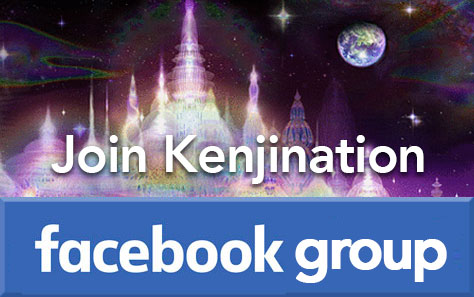 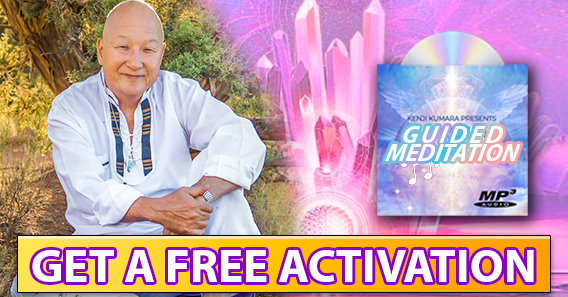