In our last New Earth Transmission for 2021, we are going to take an amazing journey into the heart of Mt Shasta and the inner city of Telos. Your guide for this inner journey into the Etheric Mt Shasta will be Adama, spokesperson for Telos. We will do a free form meditation as the Guides guide us to our most perfect alignment with this City of Light. Your Lemurian connection will be remembered as well as the gifts that you can bring forth from your Lemurian days. Your pets are most welcome to join us on this inner journey.

YOUR IMAGINATION IS LIMITLESS

Here is a brief note on Telos:

Mount Shasta has also been a focus for non-Native American legends, centered on a hidden city (called Telos) of advanced beings from the lost continent of Lemuria.The legend grew from an offhand mention of Lemuria in the 1880s . In 1899, Frederick Spencer Oliver published A Dweller on Two Planets, which claimed that survivors from a sunken continent called Lemuria were living in or on Mount Shasta.Oliver’s Lemurians lived in a complex of tunnels beneath the mountain and occasionally were seen walking the surface dressed in white robes. In 1931, Harvey Spencer Lewis, using the pseudonym Wishar S[penle] Cerve,wrote a book (published by the Rosicrucians) about the hidden Lemurians of Mount Shasta that a bibliography on Mount Shasta described as “responsible for the legend’s widespread popularity. – Wikipedia 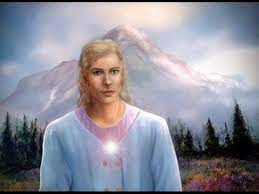 GET A FREE ACTIVATION